In this Tuesday, Feb. 5, 2013 photo, Teresa Rousseau holds her late daughter Lauren Rousseau's cat Laila during an interview with the Associated Press at her home in Danbury, Conn. Lauren Rousseau, 30, a teacher, was one of 26 people killed in the Dec. 14, 2012 massacre at Sandy Hook Elementary School in Newtown, Conn. Lauren Rousseau will be one of six educators from the school honored posthumously with the 2012 Presidential Citizens Medal, presented at a White House ceremony on Feb. 15. (AP Photo/Jessica Hill) 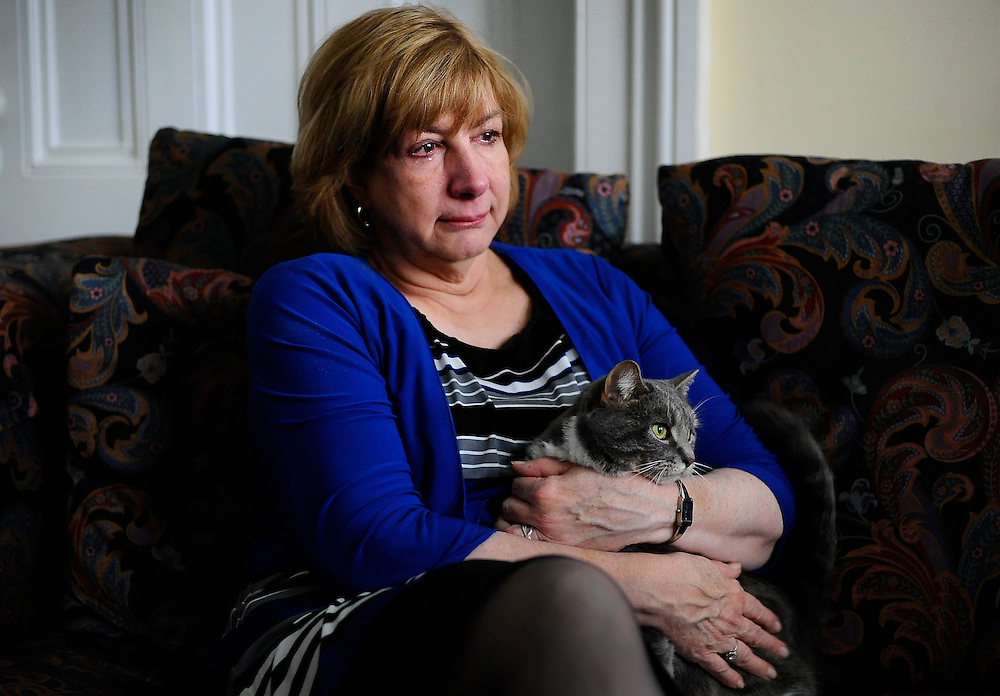