Claudette Bleidner, center, of Southbury, Conn., stands next to a caricature she made of Gov. Dannel P. Malloy dressed as a Redcoat soldier, as a woman reads information of upcoming gun legislation during a "lobby day" held by the National Rifle Association and and other gun rights groups at the Legislative Office Building in Hartford, Conn., Monday, March 11, 2013. Both sides of the gun control issue are increasing pressure on Connecticut lawmakers, who are close to voting on changes to state law stemming from the deadly shooting at Sandy Hook Elementary School in Newtown. (AP Photo/Jessica Hill) 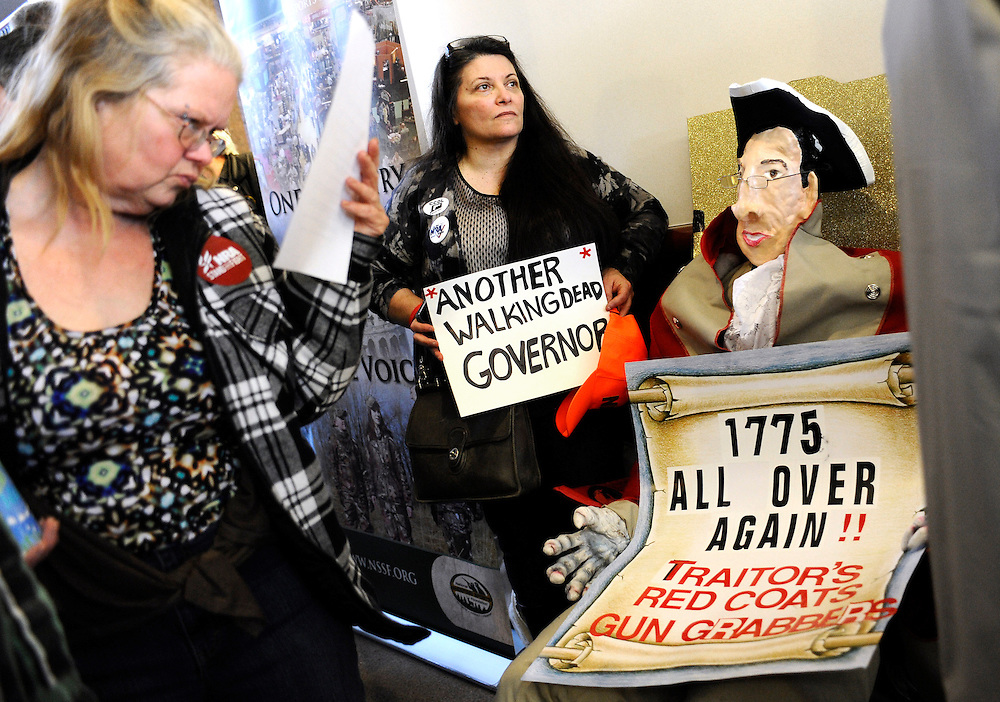