Briana Nash, left, helps her mother Charla Nash, apply lip balm before speaking to Connecticut legislators at a public hearing at the Legislative Office Building, in Hartford, Conn. Nash, who was mauled by a friend's chimpanzee in 2009, is making a personal plea to allow her to sue the state for $150 million in damages. The panel is considering a bill that would override the June decision by the State Claims Commissioner, who dismissed Nash's initial request for permission to sue. The state generally is immune from lawsuits, unless allowed by the claims commissioner. (AP Photo/Jessica Hill) 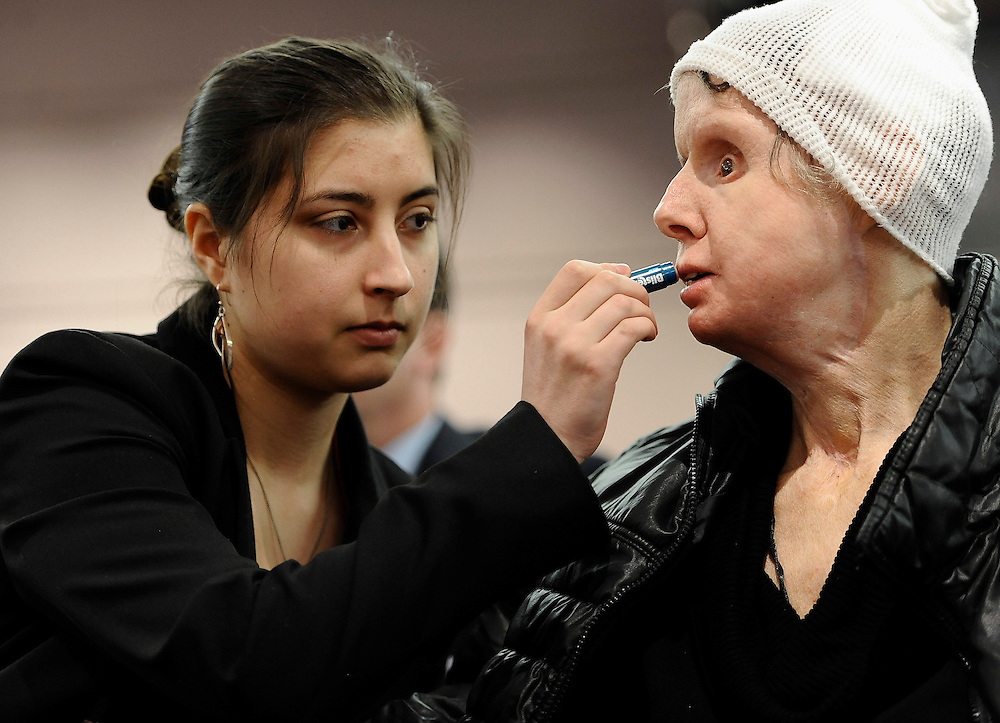