In this Friday, Feb. 22, 2013 photo, Stephanie Porzio, left, reads a condolence letter sent to Newtown alongside her mother Lauren Porzio, right, as they volunteer at the Newtown Volunteer Task Force in Newtown, Conn. Volunteers are creating an archive of all the condolences and letters of support that arrived after December's massacre at Sandy Hook Elementary School, while other volunteers are saying thank you, one handwritten note at a time. Town officials estimate they received more than 175,000 letters and cards from around the world, many containing artwork or the thoughts of school children. (AP Photo/Jessica Hill) 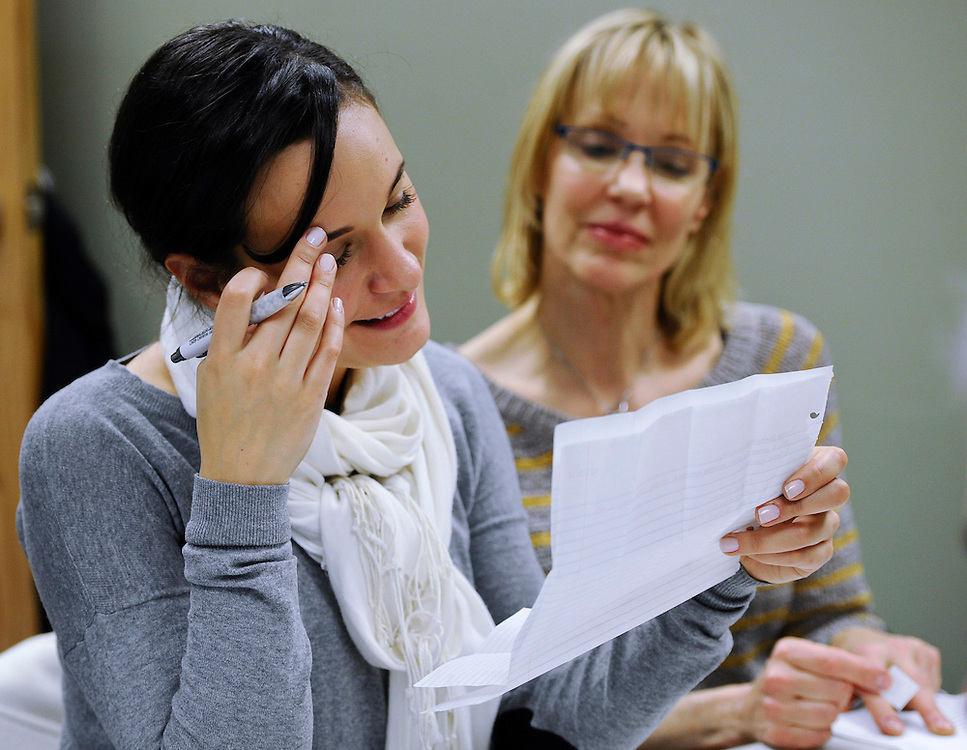