Gov. Dannel P. Malloy, right, said early reports of the shooting suggested a domestic assault and that he only learned the scale of the crime on drive down to town. Here he speaks with Colonel Danny R. Stebbins, Commander of the Connecticut State Police, center, and senior adviser Roy Occhiogrosso, left, outside a room where families have been waiting for several hours for information about their children. Malloy made the decision to tell the families their loved ones would not be returning shortly after this meeting. He said afterward, "It was evident to me that there was a reluctance to tell parents and loved ones ... that the person that they were waiting for was not going to return ... and that had gone on for a period of time, I made the decision that -- to have that go on any longer -- was wrong." (AP Photo/Jessica Hill) 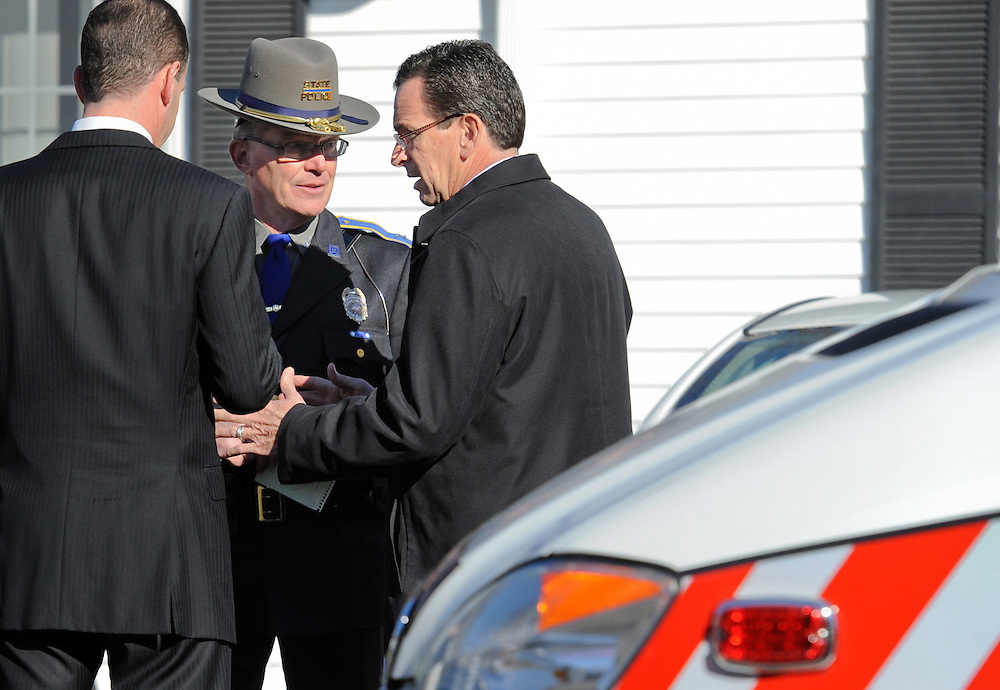