Charlotte and Barry Miron of East Hartford with granddaughters Jamie Lynn Thorpe, left, and Anna Thorpe, right, check in to vote in the statewide Democratic primary at Anna E. Norris School in East Hartford, Conn. Voter traffic at this location has been very steady but not heavy according to volunteers. A new poll showed the race tightening between Sen. Joe Lieberman and anti-war challenger Ned Lamont with Lamont holding a slight lead. Lieberman has said he will run as an independent in the fall if defeated in the primary. 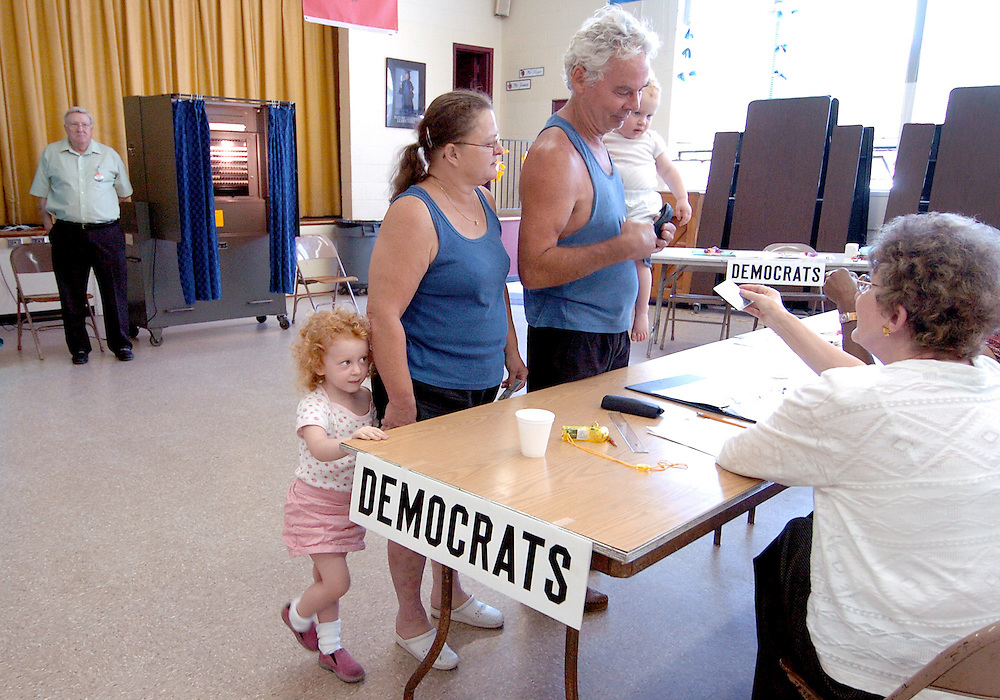