Nicole Hockley, mother of Sandy Hook Elementary School shooting victim Dylan Hockley, right, looks up at Bill Sherlach, husband of victim Mary Sherlach, left, as he speaks before the Connecticut Freedom of Information Commission, Wednesday, Oct. 30, 2013, in Hartford, Conn. Sherlach and Hockley told the panel they don't want the 911 tapes from that day released to the public. The commission has ordered the release of the 911 recordings, but a prosecutor has said the ruling will be appealed. (AP Photo/Jessica Hill) 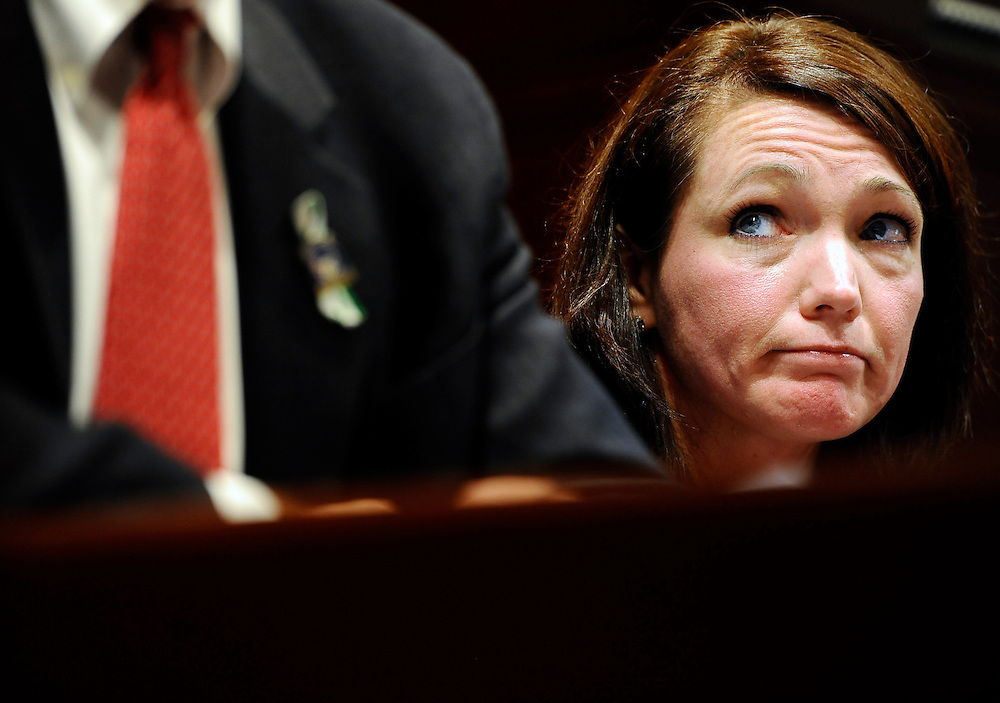