Franciszek Herzog looks at photographs of his father at his home in Hebron, Conn. Documents released Monday, Sept. 10, 2012, and seen in advance by The Associated Press lend further weight to the belief that sabotage within the highest levels of U.S. government helped cover up Soviet guilt in the killing of some 22,000 Polish officers and other prisoners in the Katyn Forest and other locations in 1940. Herzog's father and uncle both died in the massacres. (AP Photo/Jessica Hill) 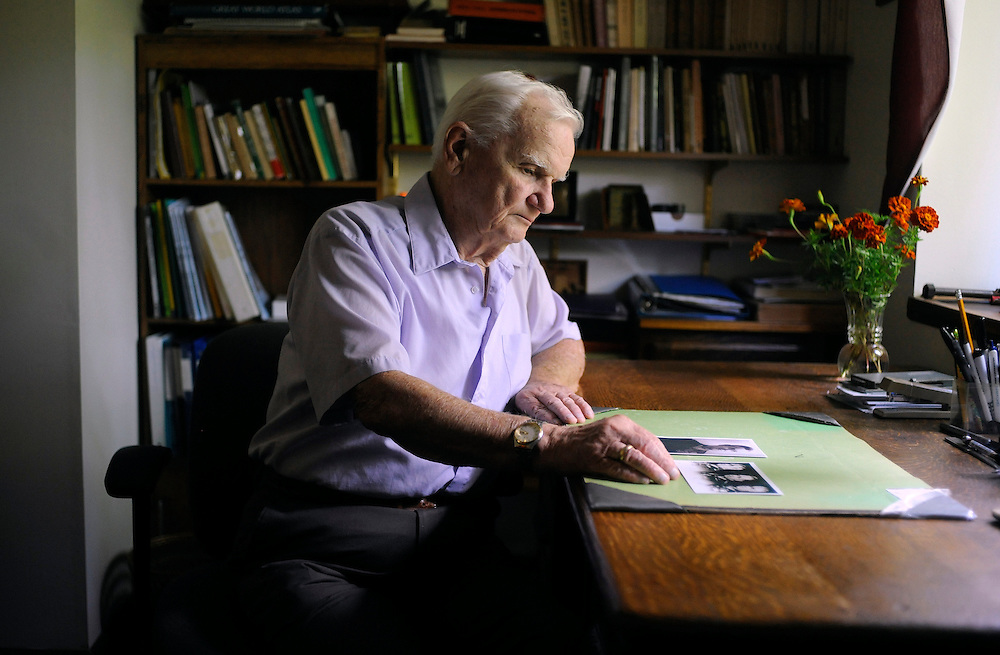